I planned and executed this multi-month social media recruitment campaign. The integrated campaign, which ran from November 2015 to April 2016, was so successful the project stakeholders nearly doubled the original budget.

Note: The postcards with the nau.edu/3ways2save friendly URL were, according to the mail house, in the mail on or around Jan. 15 and February 9, 2016. There does not appear to be a spike in direct or Google traffic near those dates. There was a series of spikes in this type of traffic from Jan. 29 to Feb. 5, Feb. 21-22, and March 1. 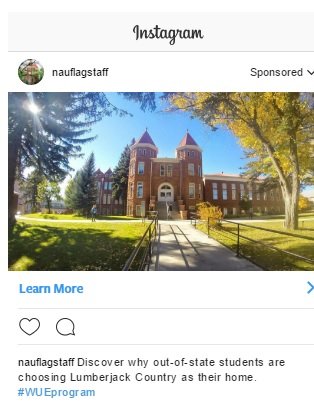 Download a PDF copy of the final project report to learn more.