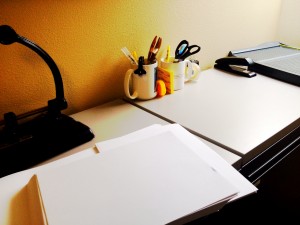 When I’m Empress of the Universe

Things are going to be different. There’s going to be a rule that citizens must have at least one year of experience in a low-level, low-paying job before they are considered for any other employment. Why? Ever seen someone scream at a waitress? Berate a barista? Be a total dick to a secretary? All of those people are actually humans with like, feelings and stuff. Some people are able to grasp that without experiencing denigration themselves. Others, not so much. Also, no one gets to have an opinion on the minimum wage until they’ve had to make ends meet on it. Lawless for President! My platform is Don’t Be Stupid, a la Google’s Don’t Be Evil.

Why do we even care?

This Atlantic article reminded me of my time as a minion. I never worked retail, thank God, but I had my share of below-entry-level jobs in offices where I felt as respected as a stapler. I made $5.25/hr at my first job. I’ve been in the shit! Just kidding, it was kind of intellectually and emotionally crushing but at least I didn’t mop floors or do other gross stuff. The article’s author made a good point about internalizing the disrespect of these kinds of jobs, which struck a cord for me. In this country, we base so much of our self-worth on our jobs. So when jobs are shitty, we think we’re shitty. Why?! Why would we think that? Why would we place so much importance on a job that doesn’t even help us pay our bills?

I dunno, that’s a sickness I don’t have the expertise to unravel, but we should stop it right now. Listen to Kurt Vonnegut! Be kind! To yourself first. And the poor underpaid people who are just trying to make a living, same as everyone—be kind to them too. Also, read this article on how freaking awesome Kurt Vonnegut was, because that’s always worth doing.